The K-map method for obtaining simplified Boolean expression is very effective for Functions with less than or equal to four variables. For more than 4-variable logic espresso with less than t becomes any more difficult pumped to draw and solve the K-map. However, there are some general ones that are applicable to functions of a number of variables. One such procedure was originally suggested by Quine and later modified by Mc Cluskey. The Quine-Mc Cluskey method approves so as to minimize the Boolean function in the SOP and POS form. The tabular method is explained as follows. 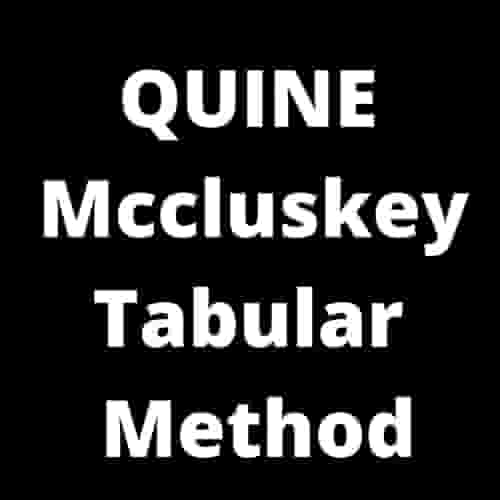 (a) All the minterms given in the Boolean function are expressed in the binary representation.

(b) Now all the minterms are arranged in the increasing index. The index is nothing but the number of is in the binary representation of a given minterm.

(c) After arranging all the minterms in various groups of indexes, the "n" index minterms will be compared with all the minterms of the (n + D) index. If two minterms differ by only one variable, then this variable will be eliminated and a dash (-) is placed in that position. Then again we compare (n 1D) hand (n + 2) index, groups. This process is repeated until the comparison is over with all the midterms.

If they don't care terms are given in the Boolean function, then these terms are not written in the row of the table of prime implicant. Now crosses are placed in the column of minterms which are associated with the prime implicants.