The first alternating current power grid system was installed in 1886.

In the 20th century, local grids time became larger as passes and were finally interconnected for economic and reliability reasons. These are delivering power to major load centers via high capacity power lines which were then branched and divided to provide power to smaller industrial and domestic users over the entire supply area. These are effective, due to efficiency, boosting features that can be cost-effective only when the stations become very large. 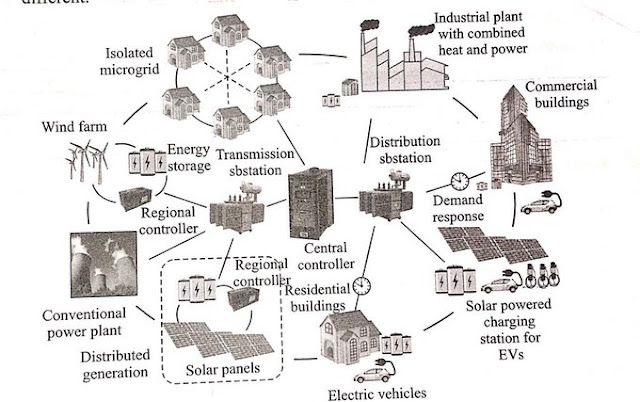 Power stations were located strategically to be close to fossil fuel reserves. Siting of hydro-electric dams in mountain areas also strongly affected the structure of the emerging grid. Nuclear power plants were cited for the availability of cooling water. Finally, fossil fuel-fired power stations were initially very polluting and were sited as far as economically possible from population centers. In some areas, the supply of electricity, especially at peak times, could not keep up with this demand. So, it results in poor power quality including blackouts, power cuts, and brownouts.

Towards the end of the 20th century, electricity demand patterns were established:

This lead to daily peaks in demand that were met by an array of ‘peaking power generators’ that would only be turned on for short periods each day.