He-Ne Gas laser consists of a narrow discharge tube of bore glass or quartz of length 10 to 100 cm with a diameter of the order of 5mm to 10mm. 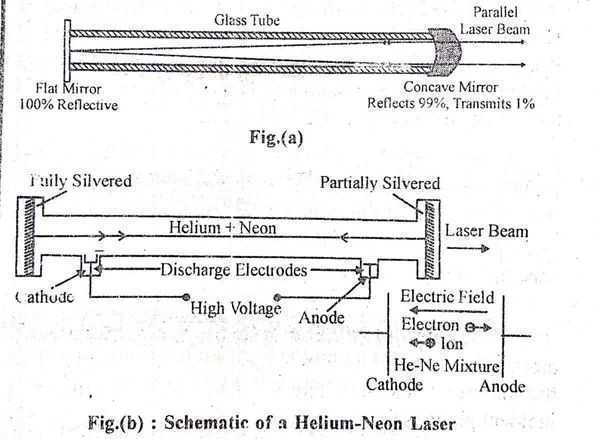 Role of He in He-Ne Gas

The role of helium gas in the laser tube is to provide the pumping medium to neon atom to attain the necessary population inversion for laser action.