What is Fermi level

What is the Fermi level? 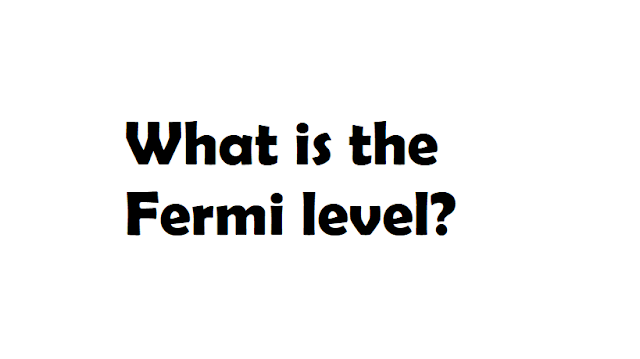 Since probability is 50% for intrinsic semiconductors at 0°K, therefore, level (EF) located in the Centre is a forbidden energy gap [Figure 1.21 (a)] For a probability of 70% and 30%, the Fermi levels will be located as shown in figure 1.21(b) and figure 1.21(c) respectively.

Thus for N-type semiconductors, out of 8N energy states, more than 4N energy levels are filled, therefore, the probability is more than 50% and the Fermi level shifts towards the conduction band [Figure 1.22(a)]. The amount of shift depends upon the level of doping.

For intrinsic semiconductors, all 4N states of the valence band are completely filled by electrons. The addition of P-type impurity aids up acceptor atoms. These acceptor atoms absorb electrons from the valence band and make it partially empty.
Therefore, filled energy levels fall below 4N and the probability of filled states decreases below 50% and the Fermi level shifts downward and towards the valence band Figure 1.22(b) Amount of shift depends upon the doping concentration.